ADDENDUM: Once again, we come to the end of the Liturgical Calendar. It is the “Last Sunday After Pentecost” more widely known as “Feast of Christ the King.” The blogpost below was written two years ago on this occasion at the end of “Year A.” We are now finishing “Year C” today, and starting next Sunday we begin all over again at “Year A.”

Last year on this occasion, I was asked to give the sermon at St. Martin’s Episcopal in Charlotte. (A few years ago, our Bishop – for reasons I still cannot quite explain – appointed me as a licensed “Lay Preacher” for the Diocese of North Carolina.) I’ve not done this before on this blog, but here is a link to that “Christ the King” service from a year ago and my sermon on the gospel lesson for Year B, from John 18:33-37. (The sermon starts at 16:49 of the video. https://youtu.be/aup9of0nb74 )

Today marks the last Sunday of the traditional church calendar year. Mainline liturgical churches start all over again next Sunday with the First Sunday of Advent (moving from “Year A” in the Common Lectionary into “Year B” for those keeping score). Traditionally this last Sunday After Pentecost is known as “Christ the King” Sunday, and indeed it is a time for reflecting on the passage of time, and a time to imagine the end of time, and how Christ Jesus is to establish his reign for all time.

In 2020, the concept of “king-ly” power on earth has become anachronistic at best. In America especially, the notion of a God-appointed monarchy and ruler (despite what might be suggested in some circles, thankfully isolated) is a particularly prickly subject. After all, our nation was founded by getting rid of a king’s power over our “free and independent states.” 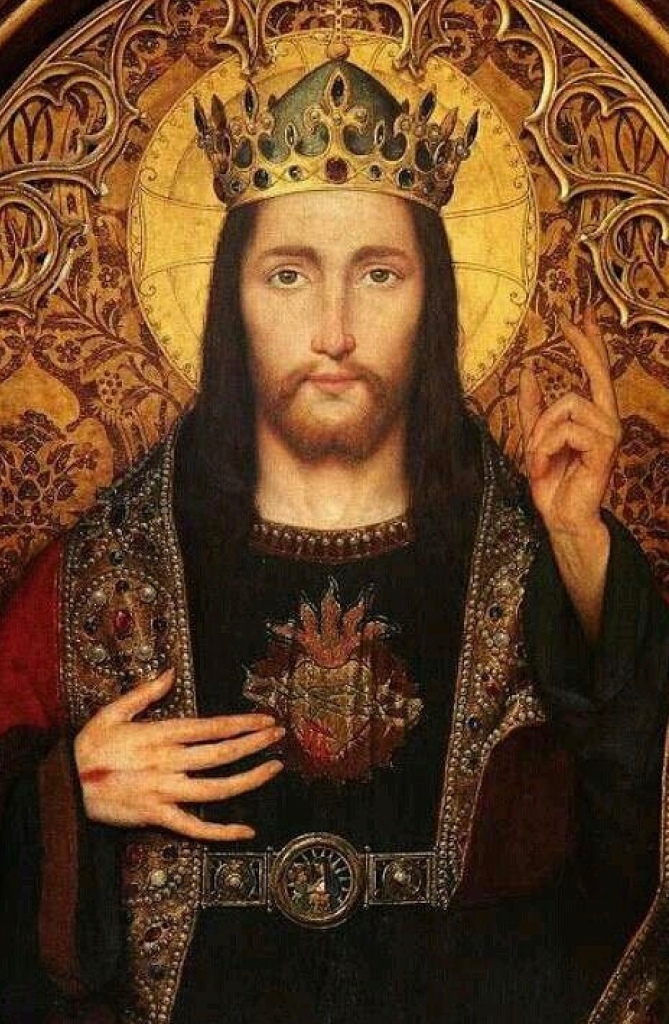 Maybe that is one reason I find it difficult to wrap my heart and soul around the moniker “Christ The King.” Not only that, but beyond my contemptuous aversion against authoritarian monarchs of any stripe, the discussion of “Christ the King” is often presented as an apocalyptic story of that one cataclysmic day when suddenly “the Rhapsody will cometh” with lots of horsemen on fiery chariots and cherubim and seraphim singing endlessly to “the Lamb upon the throne.” Such an existence, regardless of all the “green screen” special effects that might have to come with it to keep up with the book of Revelation, might well be infinitely better in so many ways than our current state of being in 2020. Even so, my sardonic and distrustful lawyer-brain cannot come close to believing in a “second coming” that is somehow filled with the literal emptying of graves, accompanied with clouds of fire and the sun turning to black and seven angels with seven trumpets pouring out seven bowls of God’s wrath.

The older I get, the more I’m thinking that maybe the “second coming” of Christ, the establishment of “Christ’s Kingdom” has very little to do with what the world might look like when God tries to out-do the latest CGI and VFX in the next Avengers release. Rather, I am more and more drawn to a cock-eyed notion that the true “second coming” of Jesus has much more to do with what the world might be like powered by the force of Love.

When I get all worked up, as I often do, over the world’s absurdities and cruelties (especially these days with the inability or unwillingness of so many people accepting or even acknowledging facts that they might find unpleasant or inconvenient to their myopic selfishness), it comes to me as sheer Grace to be reminded of the kingdom that Jesus conveyed to his disciples and followers over and over again. Even standing condemned before Pilate, knowing surely that crucifixion lay ahead with the answer he was about to give, Jesus quietly and simply but defiantly replied to Pilate (and to the millenia of generations to follow) regarding the question of whether in fact he felt he was a king…

And so it is that followers of Jesus in this world, the only one we really know and are forced to walk around each day, are left to ponder what to do with this world. Can it be that THIS world – here and now – is the one that is to be built into the “Kingdom of Heaven” that Jesus spoke about so much while walking in this world?

I have heard it said that the term often translated in English Bibles as “Kingdom of Heaven” in the New Testament can also be translated as “Realm of Love.” If indeed that is the case, then THAT is something even my lawyer brain can not only accept, but fervently yearn will bring about an everlasting reign for “Christ the King,” a veritable “second coming” of tough, powerful, radical and relentless love.

An obscure verse from the traditional iconic hymn for this Sunday says it well, I think:

Crown Him the Lord of peace,
Whose power a scepter sways
From pole to pole, that wars may cease,
And all be prayer and praise.
His reign shall know no end,
And round His pierced feet
Fair flowers of glory now extend
Their fragrance ever sweet.